HOW TO GET THE OIL PAINT FILTER EFFECT BACK? CAN IT BE DONE? 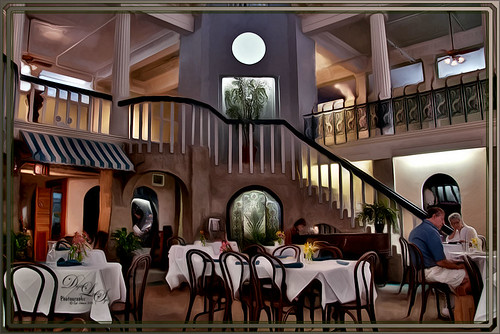 This week I decided to try to find a replacement for the Oil Paint Filter effect that Photoshop CS6 and CC used and everyone liked so much. It was removed from Photoshop CC2014 and CC2015. I did not use it that much, but sometimes it was nice to use. I ran across a little free plug-in that gives a similar result as the Oil Painter filter and many people seem to be liking it. Also I created a Topaz (see sidebar at my Tidbits Blog for website link) Impression preset that also gives a similar effect.

The image above shows the results of using the plug-in called GREYCstoration that is a free download for WINDOWS users and Photoshop CC2014/2015 only (I downloaded by clicking on this link and scrolling down to Petopeto 2nd entry from almost two years ago-use the top link in entry). Copy the Greyc-helper.bin and Greyc-x64.8bf into the c:\Program Files\Adobe\Adobe Photoshop CC 2015 or 2014\Plug-ins\ folder. I did not put any of the other files in the downloaded folder, just those two. Now here is the kicker – to find the plug-in, you must look under Filter -> Noise -> GREYCstoration. (Note: sometimes I get an error so just say try again and it usually comes up anyway.) The effect does not appear to be as strong as the Oil Painter Filter, so I found that by applying it several times, the result was better. If you go to the link above you will find the default settings for this filter and a blogger’s settings that he likes. I used some even stronger settings to get the effect on the photos above and below. (Strength 999, Contour 0.0, Anisotropy 1, Noise Scale 0.1, Geometry Regularity 2, Initial gaussian blur o, Iterations 1, Gfact 1, Spatial step 0.8, Angular step 30, Gauss precision 2, Interpolation nearest, Stage display Normal, Threads Auto, and checked all three – Fast approximation, Alt amplitude, and GPU). The interface is not that great, but you can still see the results when trying different settings, but some of the settings do not appear to work. Also varying the Geometry Regularity gives some very different results. The other value I changed around some was the Contour setting. Below is a Cattle Egret using the same filter twice and settings as above, once on the original image layer and once after my Corel Painter texture was applied. 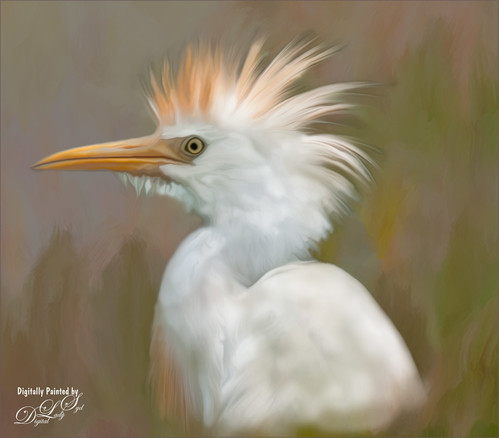 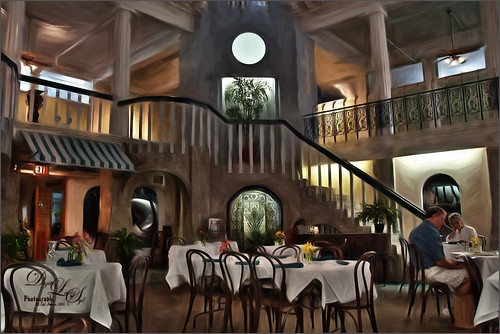 The image above is an example of using a Liquid Lines preset in Topaz Impression to get a similar effect. This used the Liquid Lines III preset with these changes – Paint Opacity +0.35 (lets you see strokes better), Paint Volume +0.35, Stroke Width -0.93 and Stroke Length -0.93; and then the Overall Hue, Saturation and Lightness sliders were set to 0 and the Brightness, Contrast and Vignette were all set to 0. This layer was set to 78% as I felt the effect was way too strong. Many of the presets in the Modern category of Impression give some very similar effects. 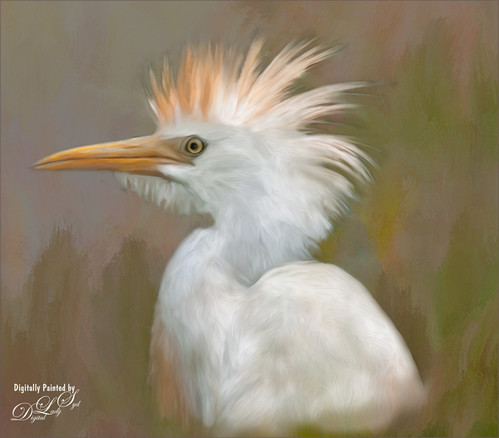 This image used the same preset settings and was applied to the original image layer before adding the texture layer. Therefore only the bird shows the Impression preset effect.

Here are the images with Photoshop’s Oil Paint Filter applied. 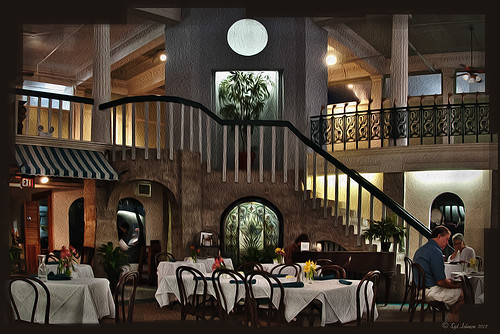 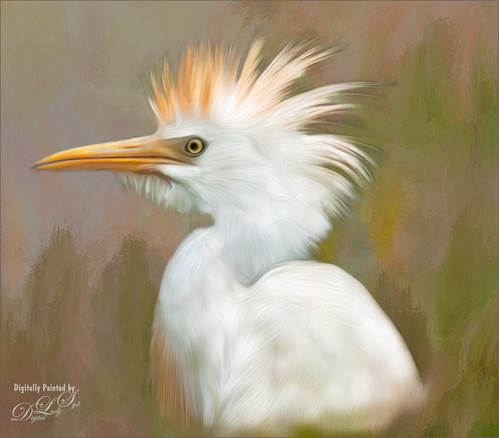 Several other plug-ins were used to try and get similar results. Topaz Glow can be adjusted to get some of the Oil Paint effect, but it really does not do as well as Impression. Several other major plug-ins were tried, but as yet, I could not get as good a result as the above two. I will let everyone know if anything better comes up. I do believe that the GREYCstoration is not a bad alternative to the original PS Oil Paint Filter, but it is limited to Windows. Topaz Impression makes a valiant effort and with some further tweaking, an even better preset can probably be produced. Bottom line is that if you have Photoshop CS6 or CC, keep it around if you really want this effect. That is what I am doing. Hope you found this helpful. Have a nice week!…..Digital Lady Syd

This entry was posted on 08/01/2015 by sydspix. It was filed under Photoshop Filter and was tagged with GREYCstoration, Oil Paint Filter, Topaz Impression.