HOW TO CREATE AN ILLUSTRATIVE TEXTURED IMAGE FROM A PHOTO 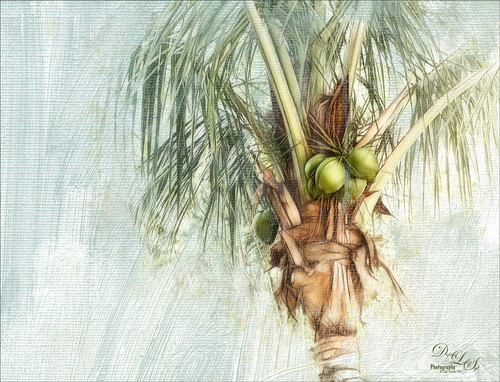 This week I am going to just show a couple tricks about how to get this more illustrative look and how to use an overlay from a texture to get a nice effect. This is a beautiful Palm Tree that was growing in West Palm Beach at the hotel. It had a really green background and detail that was making it hard to separate the tree out. So this is how I got what I consider a rather nice effect.

So I am going over the basic workflow which was used on both this image and the foxes image below. Most of these steps I have covered in recent blogs on how to do them so I will direct you to them if you need to refer back. 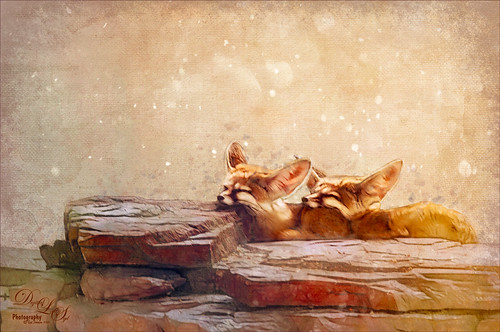 These little Fennec Foxes were taking a snooze at the West Palm Beach Zoo on a sunny day. I was trying to give the impression that they were having wonderful dreams. I know the workflow above is a little extensive, and there are several different ways you can improve upon the effect. Still, I personally like that part photo – part illustrative look you can achieve with the various filters. And most can be reproduced with Photoshop and free plug-ins. Of course I am still a big Topaz fan, but there are always other ways to get a similar look.

One of the things I hope you try is Step 8 above. If you have some favorite textures, try removing a color out of them or highlights or shadows – this can really give a unique feel to an image and I do prefer a good PNG file over a JPG texture many times. Hope everyone is enjoying the beginning of summer!…..Digital Lady Syd

This entry was posted on 06/04/2016 by sydspix. It was filed under Photoshop Filter, Textures and was tagged with Nik Color Efex Pro 4, Spectrel Art, Topaz Lens Effects, Topaz ReMask 5.