HOW TO APPLY FILTERS INDIVIDUALLY ON LAYERS 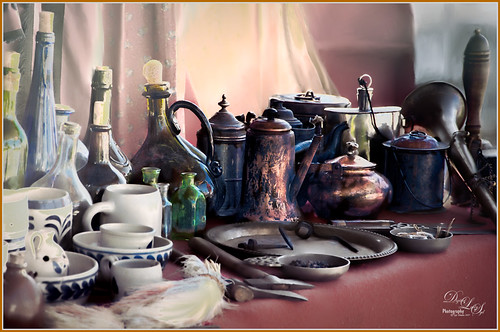 Basically this blog is showing that filters or plug-ins do not have to be applied on a layer with the second one applied on top of the first one on the same layer, but rather they can be applied to the same original duplicated layer and by using layer masks the desired effects from can be inserted. This image above followed a workflow that followed my Nik HDR Efex Pro 2 and Topaz Clarity Together? Tidbits Blog from a few years ago. It had been a while since HDR Efex Pro2 (part of the free download from Google-Nik) was used so it seemed like a good time to try it out again. The original image from the Tidbits Blog is shown below. This image was taken yesterday at the 28th Native American Festival in Ormond Beach, Florida. The displays and costumes really give a nice variety for those who love photography (and the vendors and show organizers are some of the nicest people!). The focus area of the two teapots show more of the HDR plug-in effect and the rest of the image has more of the Topaz Clarity filter effect. Any plug-ins can be used this way, these are just what I was using for this image.

The image was first opened in Lightroom where it was brightened up just a bit. Then in Photoshop, the background was duplicated, converted to a Smart Object (right click on layer and select Convert to Smart Object), and HDR Efex Pro2 was opened from the Filters menu. Note: you do not have to be shooting HDR photos to use this plug-in – it works fine with just one image. (For info on how to use if shooting with more than one image, see my How To use Google (Nik) HDR Efex Pro 2 Blog.) This is another one of those huge plug-ins with lots of sliders and presets to play around with on your images so the Smart Object allows  you to go back and adjust it if it look wrong (double click on the thumbnail in the Layer Panel). In this case the Outdoor 2 preset was applied. One of the best things in this plug-in is the Levels & Curves section where besides RGB and the individual channels, there is a the Luminosity Curve that can be adjusted – this was done for this image. The curve was pulled downward to get a nice overall effect. Then the Tonality section Structure slider was set to 31% and the Color Temperature was set to -20% and Saturation 19%. That was all that was done to this preset.

Now for the Topaz (for website link see sidebar at my Tidbits Blog) Clarity part. This is one of my favorite Topaz plug-ins partly because of the versatility in it. The HDR Efex layer was turned off and the background duplicated again and set just above the background layer. Since the HDR Efex layer had way too much contrast for the softer vintage effect I wanted, a preset that I created for painting was applied in Clarity. It totally softens the whole image but the colors looked really good. (Here are the settings if you are interested: Clarity Dynamics Micro Contrast -0.86, Low Contrast -0.86, Medium Contrast 0.63, and High Contrast 0.94; Tone Level Black Level -0.19, Midtones -0.36, and White Level 0.19; HSL Filter Hue – no changes; Sat Orange 0.06, Yellow 0.63, Green 0.13, Blue 0.25 0.25, and Overall -0.45; and Lum Orange 0.36, Yellow -0.34, Green -0.42, Blue 0.61, Purple 0.11, Magenta 0.75, and Overall -0.27 – all other colors were 0.00. Adjust these settings around if they do not quite fit the effect you want.)

The HDR Efex layer was turned on and a black layer mask was added (press ALT key while clicking the layer mask icon at bottom of Layers Panel). Just the areas where more contrast was needed was painted back into the image – mainly around the teapots where the focal point is. A round brush set to 50% opacity was used so edges were not too sharp.

Photoshop Brushes for Clean up

Some of the background in the curtains did not look so nice, so the brushes were brought out to paint in some colors and blend some colors on a New Layer. It is so handy to have a good Regular Brush and Mixer for clean up. A pastel with rough edges was used to paint over some greenish shadow colors that did not fit the image. The brush can be downloaded from SDW Haven Pastel Brushes Part 1 – it is the last brush or 11th brush in this free set. (These are the settings used for the brush: Brush Tip Shape: I like it as a small size so it is set to 8 pixels but enlarge it often, Angle 137 degrees, Roundness 100% and Spacing 35%; Shape Dynamics: Angle Jitter 42%; Texture  – Rough located in PS Erodible Textures (load by clicking texture patter, then on the cog wheel and Load Erodible Textures, and set to Scale 87%, Brightness -45, Contrast 0, check Texture Each Tip, Mode Multiply, Depth 50%, Depth Jitter 1%, and Control Off; and check Smoothing.) This brush also clean up funny colored edges nicely – just ALT+click in the image on the color to sample, and lightly paint in. I usually paint at 67% opacity with this brush.

Then an overall soft Mixer blender was used to mix up the edges. The brush I use is by David Belliveau from Paintable – here is a link to his free brushes and his How to Blend Colors in Photoshop: 4 Essential Technique blog. David does a great job explaining how to use brushes in Photoshop. On the clean up layers, I just kept going back and forth between the Regular and the Mixer brush adding color and blending until the color and edges look smooth. The Mixer also does a great job of softening lines that appear too sharp in the background. I use these two brushes all the time to both clean up images and paint in Photoshop.

Finishing Up the Image

Last steps involved adding on a stamped layer (CTRL+ALT+SHIFT+E) Topaz Texture Effects 2 with adjustments to the Crisp Morning Run preset. A Spot Mask was used over the center pots so they were not affected as much by the plug-in. Duplicated the layer and applied Nik Viveza 2 to further sharpen the two middle teapots and add a little more saturation to that area. Duplicated the layer again and Topaz Lens Effects was opened and a Silver Reflector filter coming from the left was applied – just to add a softer effect and emphasize where the light was. Using these three plug-ins one after the other is an example of applying them onto each other and no masking was involved. Therefore the effects of  Texture Effects is in the image where Nik Viveza 2 was applied which is in the results of applying the Lens Effects filter. If you wanted to get down to the original Background effect, many masks were have to be created. Subtle but significant difference. 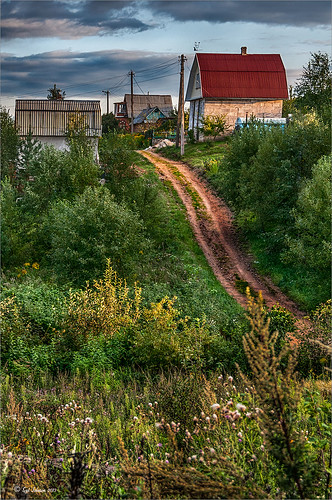 Overall HDR Efex Pro and Clarity are not a bad combination for getting some nice effects in Photoshop. Both images used the filters discussed above.  Each filter was added on its own duplicated Background layer and then the parts of the image to be concealed were masked in or out on each layer. For the top image it just did not look as good when one filter was applied over the other one. This is really important to remember if you are liking the effect in two different filters – they do not have to both be applied over each other – just mask in or out what you like on separate layers. And do try out the brushes – they work really well together. Hope everyone is coping with the winter and staying warm. Until next time…..Digital Lady Syd

This entry was posted on 01/28/2017 by sydspix. It was filed under Photoshop Filter and was tagged with Nik HDR Efex Pro2, Nik Viveza 2, Topaz Clarity, Topaz Lens Effects, Topaz Texture Effects 2.