CHECKING OUT AURORA HDR 2018 FOR WINDOWS 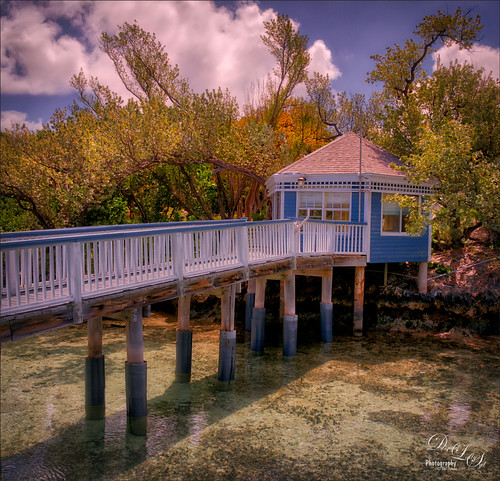 I seem to be on an HDR quest so this week I took the time to try out Aurora HDR 2018 (for website link, see sidebar at my Tidbits Blog). This is another release by Skylum (previously Macphun) for Windows, the same group who brought us Luminar 2018 (also at above link). Well it is definitely an excellent HDR editor! Skylum sure has a special way of creating software! And I am really loving this plug-in! It is lacking many details in the interface for us Windows users right now but I am once again under the impression this program will eventually get caught up to match the Mac version. It does not seem to affect the overall results of your images.

The image above is a 5-bracketed image, hand-held, from Spanish Cay in the Outer Banks of the Bahamas – one of the most beautiful, yet desolate places I have ever seen. I could not get over how the water looks exactly as I remember it – major clear with this yellowy sand base and it was major sunny. In this case the image was mainly processed in the stand-alone program, and with a little finishing up in Photoshop (like my signature and stroke border). To use this program, just started at the top of the right-hand column of filters and went down the list. Many of the lower listed filters are the same as those in Luminar. The top filters have more to do with the actual HDR effects. First is the HDR Basic section which is very similar to Lightroom’s (ACR) Basic Panel, except for a couple sliders. The HDR Enhancer slider made almost every image opened pop a little. Aurora says this slider increases detail and texture without adding it to water or sky. There is also a slider called Smart Tones – it does not work on all images, but on some it does a great job of lightening the shadow areas and leaving the highlights alone. It can be seen above how the shadows under the pier are opened up just a bit. The HDR Structure section contains the other important sliders which could give you that overdone HDR look. It works in concert with the HDR Enhance slider. There are lots of other filters, like the Image Radiance, Polarizing filter to help with over-blue skies, Glow, and Top & Bottom Tuning which is really a Graduated Neutral Density Filter. It also has Dodge and Burn capability and Vignettes can be created where a slider lets you lighten the middle.

One of the reasons I really like this software is its ability to process just one RAW image and give fantastic results. Below is a video done show how I created a simple RAW image in Aurora HDR 2018 – the final image below shows what was done once it was taken into Photoshop and a Red Channel Luminosity Curves Adjustment Layer, a Black and White Adjustment Layer set to Luminosity blend mode at 47% layer opacity – both improved contrast in the image – and a layer that ran Luminar 2018 using the Orton Effect and another Image Radiance filter. Loved the final result.

The image below was also a single RAW image taken at the Argyll Lodging in Sterling, Scotland. The detail this program pulled out of just one image was incredible. This is an image I felt could not be used but this program brought it back to life. 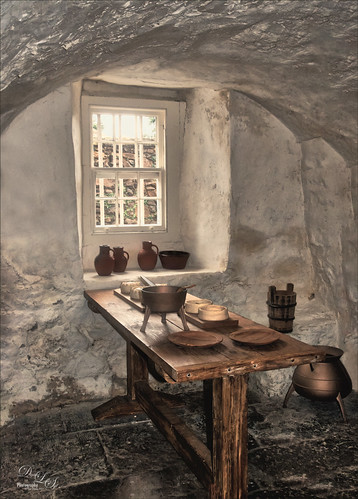 The program has the capability of being used as a plugin in Photoshop which is how this image was created. The program also has the layer capability so different parts of the image can worked on with different sections. A good way to use this is to do all changes to the whole image on the bottom layer, then use the masking ability to do other changes on layers above. The kitchen image used these sections for the whole image: HDR Basic, Color, Image Radiance, Glow, Top & Bottom Tuning, HSL, and Vignette. The layer above used the Dodge & Burn section where the outdoor window panes were darkened some. As you can tell, the program does have different items to add to your image than the traditional HDR program. I found it very easy to use. I go back and forth on using the Denoise section since several other plugins do this as well if not better. If there is just a little, Aurora’s is fine and it can be used on a separate layer and be painted in where needed. In this image, once Aurora HDR was applied, back in PS just Imagenomics Noiseware was used as it was pretty noisy and a Red Channel Luminosity Curve to finish up. 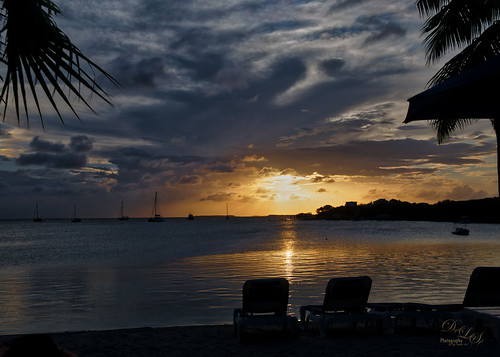 This sunset image from New Guana Cay in the Bahamas literally took me 10 minutes to process. It was just two HDR images put together (I have no idea why I took just two images), but it did not seem to matter much. It was opened in Aurora HDR and the High Contrast preset was selected. Then just a couple changes were done – the HDR Enhancement, Smart Tone, Shadows, and Highlights in the HDR Section and the Blue Luminance slider in the HSL Section. In Photoshop just a Red Channel Luminosity Curve was created to add a good contrast to the image and it was done.

As you can see, this is a pretty good HDR program and not bad as just an image editor. This program was designed with the help of Trey Ratcliff, who may be the best HDR photographer around. I think you can see his influence in the way the program is set up – very easy to understand. I would totally recommend you try out this software if you like to do HDR photography and even if you do not, it is worth a look with your camera RAW files. This program was a real surprise to me and I am totally impressed with it. Until next week……Digital Lady Syd

This entry was posted on 12/02/2017 by sydspix. It was filed under Photoshop Filter and was tagged with Aurora HDR 2018, Imagenomics Noiseware.