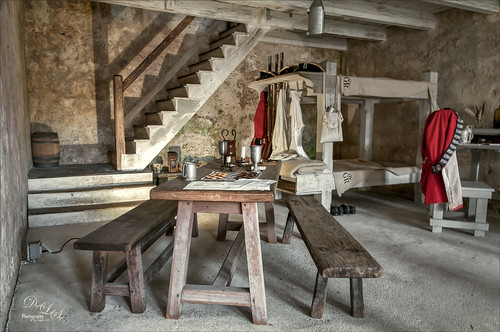 Loving this new version of Aurora HDR (for website link, check sidebar at my Tidbits Blog) – it really does add an extra HDR boost to an image without taking it over the top like some of the older HDR software can do. I feel like the image above (taken at the Castillo de San Marcos in St. Augustine, Florida) represents what this software does best – sharpens up the image for spectacular detail and color – and much of it occurs just on opening up the image in the program. Skylum states “Skylum’s Quantum HDR Engine harnesses the power of AI for a more streamlined editing experience than ever before. It reduces burned-out colors, loss of contrast, noise and unnatural lighting caused by halos and unstable deghosting.” As far as I can tell, this appears to be true. Aurora HDR 2019 seems to be very different from the Aurora HDR 2018 – the images appear to be brighter and more color visible in the new version. And very little post-processing was done to get the above result. This program can be used as a Photoshop or Lightroom plugin or as a stand-alone program. See below the original RAW file before LR and Aurora HDR 2019 changes were done. 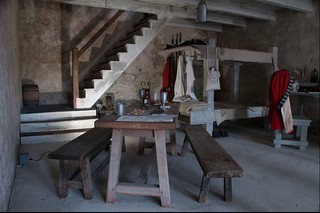 In Lightroom some Basic Panel and HSL Panel Luminance and Saturation changes were done. Then in Photoshop, duplicated the Background layer and opened Aurora HDR 2019 as a PS plugin. I am not one to use presets (now called Aurora HDR Looks) a lot, but Aurora HDR 2019 comes with a new Collection (previously called Categories) named Randy Van Duinen Looks and the Night Tungsten Mix Look was selected – totally opened up a rather dark image. Check out all the looks in his Collection – they seem to be really nice. (I also noticed that most of the original presets from 2018 have been replaced with newer versions – I believe this is due to a realignment of several of the panels, especially the HDR Basic Panel.)

Trey Ratcliff is a major proponent of Aurora, actually helping to design the program with Skylum, and he says 70% of his RAW processing in Aurora is done with just a single image – he finds no difference when three bracketed images are used or just a single RAW image. I personally find this amazing! I am now just mainly using it with the best HDR bracketed shot I have and am getting really good results also. He states that both the Windows and Mac versions are exactly the same. I did find an instance when this was not true – in the new Adjustable Gradient Panel (based upon the older Top and Bottom Toning Panel) does not have the ability to set a point and be dragged out to blend the look on your image. Instead Windows still has the Blend, Horizontal Shift, and Rotation sliders – it is sort of hard to tell where the Top and Bottom effects start and stop. The really good news is that Aurora 2019 has moved the Highlights and Shadows sliders out of the top HDR Basic Panel into this Panel. Now the highlights can be protected in the clouds or shadows lightened in the foreground areas much easily. This is a big improvement to me. The new HDR Smart Structure slider in the HDR Enhance Panel analyzes the scene and applies structure in areas where the details are not in the sky, for example, so that it is now applied locally instead of globally.

To finish up the post processing, a layer mask was added to the Aurora layer and in the Properties Panel, the Density was set to 47%. In the mask a few of the details were painted back individually to sharpen them up (the newspapers, hanging clothes on the bed and cups.) Nik Viveza 2 was used to add a little vignette to the image, but this could have been done with Aurora. That was it. This rather dark image was totally sharpened and brightened up with Aurora HDR 2019! I particularly like the texture effect on the walls. Trey does say that interior architecture images, which are difficult to adjust due to the bright outside and dark insides, are much improved with this version of Aurora HDR. 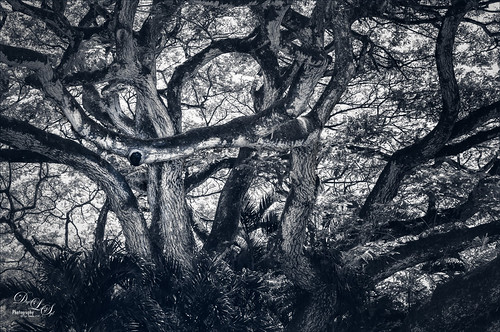 Here is an example of a different kind of image from Waimea Valley in Oahu, Hawaii – the original was all in green tones which was also nice, but I wanted to give it more of an engraved feel. In this case the image was turned to black and white using one of PS’s new Profiles called B&W Red Filter. Then a few adjustments in the Basic Panel were done before going into PS and duplicating the Background layer for opening in Aurora as a plugin. I wanted to show the difference using the exact same settings in Aurora HDR 2018 and 2019 – it is quite a noticeable change. Settings used in Aurora were as follows: Bottom Layer: HDR Basic: Contrast 27 and Smart Tone -24; and AL1: Dodge & Burn using Lighten at Size 28 and Strength 24% -painted over the foreground limbs to get some depth and detail onto the tree branches. Set to 54% opacity.

It seems to apply more contrast to give a more crisp HDR image in the update. Then additional settings can be applied. Sometimes just opening the image in Aurora HDR 2019 is all you need to do. The Aurora HDR 2019 image was taken back into PS where a layer mask was added to the Aurora layer. In the Properties Panel, the Density was set to 53% and just the foreground bright branches were painted back to restore the Aurora effect a little more. A Curves Adjustment Layer was added for more contrast. Topaz Len Effect’s Diffusion filter was applied to just soften the outside areas a little leaving the focal point very sharp. (This step could have been done in Aurora with the Image Radiance panel.) The blue tone was created setting a PS Color Lookup Adjustment Layer set to Foggy Night at 50% layer opacity. (This all could have been done in Aurora 2019 – they now have 11 LUT’s that can be applied, and the PS LUT’s can be accessed and applied to your image inside Aurora). 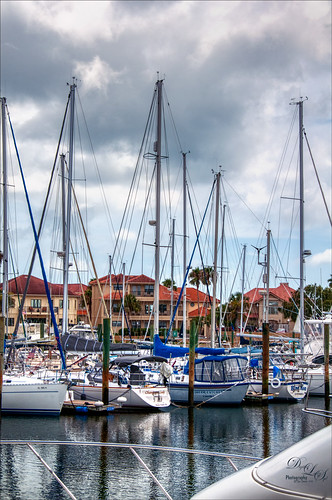 This image was mainly post-processed in the Aurora HDR 2019 stand alone edition, but had to be opened in Photoshop as there is no way to remove lens spots as far as I can tell. Used the Adjustable Gradient Panel to give the balanced feel to the top and bottom. I really love how clean the image looks with no noise at all. It would probably look pretty good in Aurora HDR 2018 even – the program has always been very good. In PS a Color Lookup Adjustment Layer was added using my SJ Darkly Bright, which was created in my video a while back and it really added a color pop to the image. (See my How To Use and Create Lookup Table (LUT) Files blog.) Last step was a slight vignette effect using Nik Viveza 2.

Overall this updated version seems to be a real winner! It does run a little faster and has a lot of nice improvements, especially for us Windows users. If you already own the program and use it a lot, it should be one you will want to update. If you like the HDR look but have never used Aurora HDR to see what it will do, you definitely need to download the 14-day trial and see what you think. I have always liked the program as it seems to always sharpen up my images just a little, especially when I have not used a tripod, and it reduce noise wonderfully. For me these are both really big deals. Hope this has give you something to try out to see if you like it – I do not think it will disappoint you! …… Digital Lady Syd