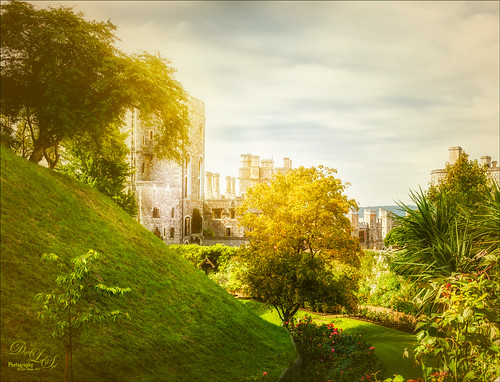 This week I have been trying out an updated beta version of Luminar 2018 working (for website link, see sidebar at my Tidbits Blog)  – had a few problems so I am sticking with mainly the Sun Rays filter as it worked beautifully and may be the best one in program. I believe this filter is one I would use which is a very good reason why I would buy this program. The final release is scheduled for November 16th and this plug-in has been updated for both Windows and Mac users to be a full-blown RAW editor besides adding interesting filter effects. I think everyone who has looked at the new program is totally intrigued with this new Sun Rays filter. Luminar says on “Sun Rays adds volumetric lighting to create beautiful beams of light in your image. This tool auto masks the light so it passes through trees, around mountains and even wraps around objects.” What I find intriguing is that it actually adds a soft lighting effect to rather plain images. The image above was enhanced using this wonderful filter. I tried to be a little subtle with its use as it seems like it could easily be overdone. To show you the interface, I took a screenshot of the settings used for the effect on the Windsor Castle hidden garden above. 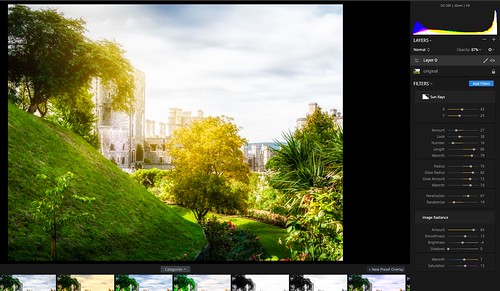 The screenshot shows how the image looked as it was brought back into Photoshop. You can see how natural and sunny it looked by setting the sun effect right at the corner of the castle near the dangling tree branch. I had to do some more work in PS as the green was a little overwhelming but it could easily have been done in Luminar. I will cover more of this once the program has been released. With this image a Color Lookup Adjustment Layer using Edgy Amber preset was applied, set to Soft Light blend mode and 41% layer opacity – note Luminar’s new LUT filter will let you use lookup tables created in PS or any you have bought. A red channel luminance Curves Adjustment Layer was added to add just a little contrast in the highlights, and a orange hue was used for a Gradient Fill Adjustment Layer vignette set to 39%. Below is what the RAW file looked like before just Basic Panel changes were done before going into PS. 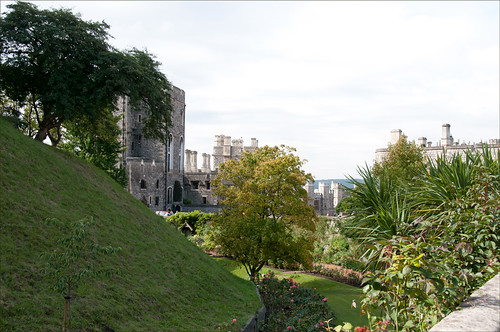 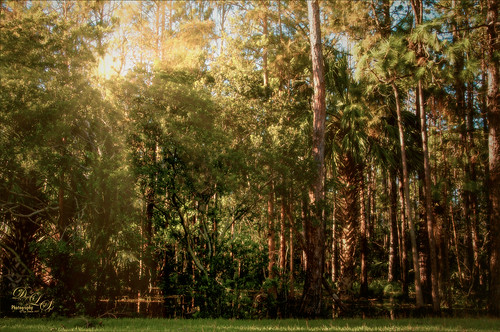 This is an image taken in my neighborhood right after Hurricane Irma and actually shows a little flooding on the floor of the little forest. I think you will see a lot of this “God Rays” effect in the coming months. Here are the sliders in this filter which and my setting in Parentheses for this image:

All the sliders go from 0 to 100. These sliders apply to the Rays:

These sliders apply to the Sun:

These sliders affect the whole image:

This image also used the Golden Hour filter (Amount 23 and Saturation 47), which is a fairly new filter. Below is a short video on how to use this filter. This beautiful forest image is from Simon Matzinger at Unsplash. If this video does not show a connection in the RSS feed, please open the actual blog where the connection is live.

To reiterate what was in the video, it can be seen how vivid the orange gets due to the high yellows in the Warmth sliders (61 for Rays and 37 for Sun). The Radius was set to a small 3 in upper right where focal point would be on a grid. I really think the Penetration slider does the best in keeping the whole color cast of the image together – it was set to a very high 79. By moving the Randomize slider, the rays can be set in different positions easily. There is a bit of brown patchiness that needs to be addressed in this image that can corrected by possibly adding a mask to the filter and painting some of it away.

Normally I would not blog about a preview release, but since everyone could download the beta, I figured I would go ahead and talk about it. The Sun Rays filter may not always look completely natural, but it can make the image much more interesting and evoke some emotion from a viewer.  I think it will take some practice to use it properly, but I believe that Luminar and the Sun Rays filter in particular have some good things going for it. Once it is released, I will do a full review of the software. I know the Mac people already have a good understanding of this software, but for us Windows users, this is new territory! For more on some of the other filters, check out my earlier blog called Now Available – Free Beta Version of MacPhun’s Luminar for Windows blog. Will catch ya later!…..Digital Lady Syd