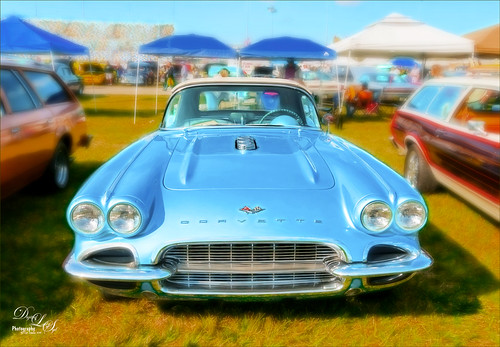 Decided to take this week off from serious blogging so just posting the same pix with some different filters applied. This image was taken a while back at a Turkey Run held in Daytona Beach at the International Speedway center field the day after Thanksgiving. I believe they have a new location on Beach Street. Since I am a big corvette fan, I had to take a lot of pix of them and this was one of them.

The above image results followed a little written Topaz Labs blog by Jodi L. Robbins called Auto Shine Tutorial with Topaz Glow 2. Very simple steps to follow and it creates a nice preset for the recently updated (and free if you already own) Topaz (see sidebar at my Tidbits Blog for website link) Glow 2 to use on with cars, boats and motorcycles. On a stamped layer (CTRL+ALT+SHIFT+E) above, Topaz Lens Effects’ Diffusion filter was opened and sliders set to Softness 0.32, Diffusion 0.63, and Edge Transition 0.35. Back n Photoshop a layer mask was added and the car was completely painted out so the Glow effect was totally removed there and just a little in the foreground area. A Black and White Adjustment Layer was added on top and set to Luminosity blend mode to further enhance the focal point. That was all that was done. I really like the beautiful vivid color with the soft look of the whole image.
****** 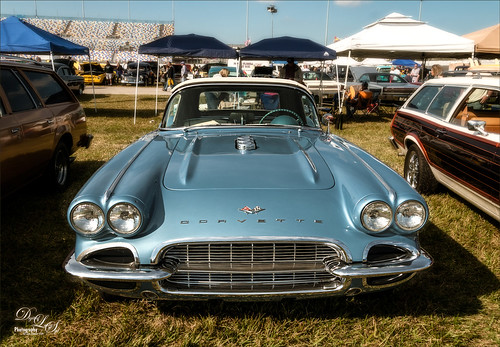 This image used On1 Effects 10 (see sidebar at my Tidbits Blog for website link), and it looks really natural! Created these nice results by following a video, this time by Blake Rudis called ON1 Short Clip – The Preset Workflow Trick. I am finding that by downloading his preset and using it as a starting point, a really nice sharp image results. In the plug-in, the On1 Glow effect was masked off the car to keep it in sharp focus.That is all that was done to this image! 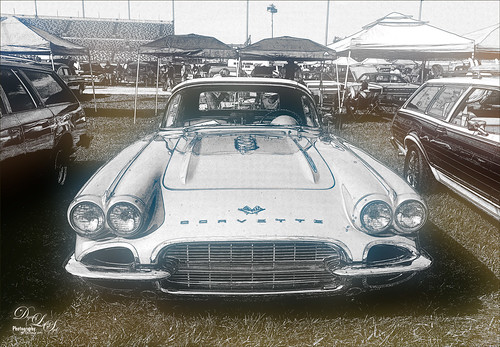 This image used a free Photoshop action called FX Paint and Sketch Action – using only the sketch action. The action layer was duplicated and the layer mask was applied and set to Multiply blend mode. The bottom background layer was duplicated and a Gaussian Blur with a Radius set to 112 was set just above it. That is all that was done – once again a very simple process! I was really surprised by the interesting tint effect that appeared in the image.

Definitely worth trying different filters and actions on an image to discover very different results. Some turn out to be really outstanding and it was never apparent it would look as it does. Will be taking a summer break next week and be back in a few. Have a great weekend!…..Digital Lady Syd 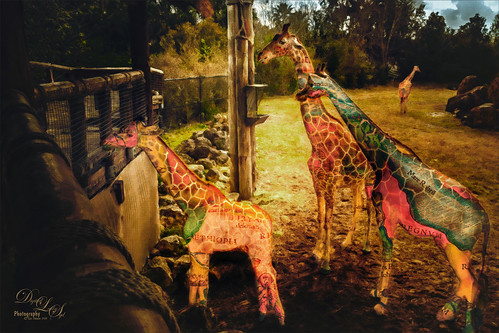 Here are my wonderful Jacksonville Zoo giraffes again, this time showing a rather different effect using a Photoshop Action. It was created by adding an old colorful African Map from 1584 onto their bodies with a wonderful, currently free, set of actions from Pretty Actions called Double Exposure Collection. (To download, need to Join their Facebook group and the link will become available – see the Double Exposure Photoshop Actions Tutorial video for tips on using the action.) I do not use a lot of actions in my workflow, but they can really be helpful and save a lot of time. This is the case with this action – it could all be done manually, but Pretty Actions has come up with some quick steps to speed up the process and give you lots of choices to finalize the effect.

The basic double exposure actions allow you to open your image, and then add a different one to use for blending into the image along with layer masks. Several Levels adjustment layers are  provided to add to the effect – Matte, Make It Cool, and Add Contrast were used in the above. All these layers can be adjusted by using the blend modes and layer opacities. In addition, I clipped a Hue/Saturation adjustment layer (ALT+Click between the layers) to get the colors of the map just right. A spotlight was set on the small giraffe’s head to highlight it just a little more (see my How To Add a Spot of Light blog from last week). Also a darken layer was used to emphasize some of the edges around the giraffe’s bodies (see my The Best Dodging and Burning Technique! blog).
****** 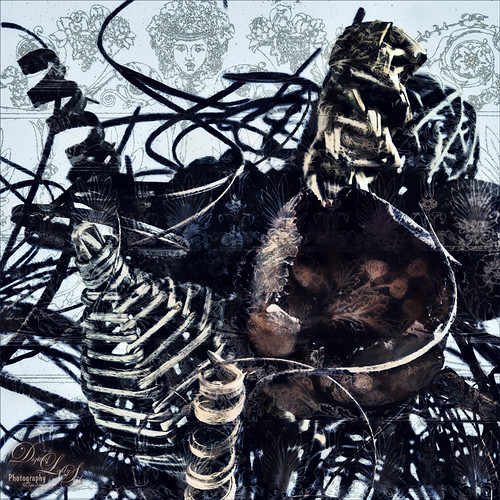 This image was taken of some basket-weave material shaped into flowers as a bouquet and is another example of what can be done with this action. The main flower seemed to be perfect to add a special effect using the same action as above. This time a texture was taken from EK Duncan’s My Fanciful Muse blog – Ackermann’s Repository (scroll down to last example-version 3). The texture layer was actually set to the Subtract blend mode and the Blend If sliders adjusted to get the correct effect. The texture layer was duplicated and still set to Subtract at 67% layer opacity, and then duplicated again and set to Multiply blend mode. Layer masks were used to adjust where the texture was applied. ON1 Effect 10 (see sidebar at my Tidbits Blog for website link) was used to add color and detail to the texture in the flower – an Adjustment Brush set to Vibrance was painted over the inside of the flower, and the HDR Look filter set to the Glow preset was used to sharpen details. On a New Layer, the Spot Healing Tool was used to clean up the image as a final step. I thought this turned our rather unique!

There are several videos on how to do this without an action, but Pretty Actions has done a good job of getting this effect started for you. If you are interested in getting a unique effect, I would suggest that you check out this action – it is easy to do and a lot of fun!…..Digital Lady Syd