HOW TO CREATE A SUBTLE VIGNETTE 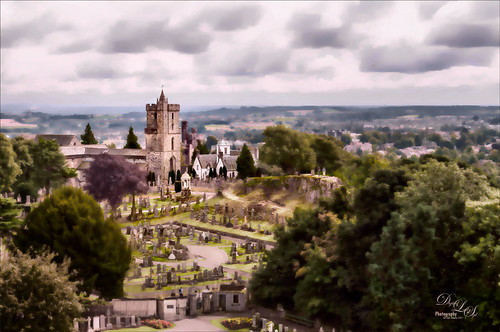 This week I thought I would share a Vignette tip that Matt Kloskowski (one of original Photoshop Guys and one of my favorite gurus) presented in his Bonus #1 Video called The Do’s and Don’ts of Lightroom/Photoshop Workflow (BTW it is a downloadable mp4 file). This is a good overall video, but his section on creating a subtle vignette was brilliant tip. I find I am now using this all the time and it is a really easy workflow. The image above was taken from Stirling Castle in Scotland and was an incredible panoramic view of the local area. It is a good example of how subtle the effect is. This vignette should be applied at the end of own workflow after all the changes to the image have been done.

First I will share a quick tip discovered before applying the vignette The above original image took a tremendous amount of clean up as there were trucks, garbage cans, and road cones all over the place. Instead of trying to clone and spot heal over some of the larger objects (like a large truck in this image), the Content Aware Move Tool (in group with the Spot Healing Brush) was used to select and move the truck down into the trees (make sure Mode field says Move). Since the Transform on Drop was checked, the truck was reduced to a really tiny spot in the corner and could easily be removed with the Spot Healing Brush or Backspace to remove it. Of course some clean up had to be done on the original truck spot, but it was much less work to do. I found this worked better than using the Content Aware Fill command so give it a try if other methods are not working well. For a good explanation on these tools, see the Patch and Content Aware Fill Tools, see the short video Content Aware Patch and Move by Adobe’s Julieanne Kost, another great PS guru. By letting PS to do the initial work, it takes a lot less time. To get the soft painterly effect, Topaz (for website link, see sidebar at my Tidbits Blog) Detail 3 was used – all the Detail sliders were set to -1.00 and the Boost were set to 0 – then adjusted the Tone and Color section  sliders to get this rather abstract feel. Back in Photoshop a layer mask was added to paint  back in some detail.

The last step was to create the Vignette:

Matt explained that it looks good because the vignette is made from the photo itself rather than adding a black overlay on top of the image. 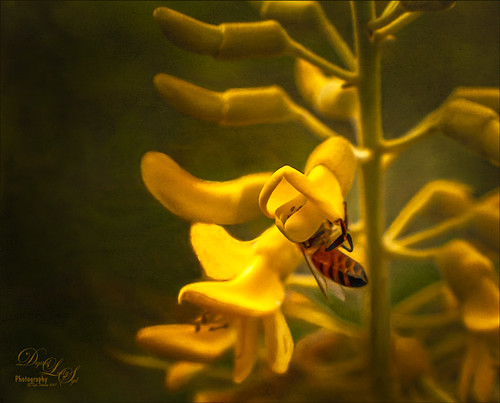 This image was taken at the Harry P Leu Gardens in Orlando, Florida. Had to zoom in close to get a good look at the little “Acrobat” in the flower. The pretty golden colors was achieved using one of my favorite Lightroom presets I call TChurchwell Aging Photo (to create, view short video called Aging a Photo before Painting) and adjusting the Radial Filter to fit on the bee. In Photoshop a light beige texture by Kim Klassen (a lot of her textures are no long available – most have a soft grainy look and a few are still for sale) was added and set to Linear Light at 34% layer opacity. New layers were created for clean up, a painting to cover up distracting background objects, and the Sharpen Tool on just the bee and foreground flower.  Then a stamped layer (CTRL+ALT+SHIFT+E) was created and the Vignette workflow was followed. The vignette was set to 34% layer opacity to get this final effect. I really liked the soft feel in the whole image.

Below are what just the two vignette layer’s feathering looks like after the Multiply blend mode was applied but before the layer opacity was adjusted. (Note the white ovals are actually transparent in the PSD file so the image below shows through.) It can be as subtle as you want. The left vignette was set to 18% and the darker right image was set to 34% layer opacity as the final step.

Hope you get a chance to try out this vignette effect – I think you will really like it. Matt K usually is right on with this tutorials. Have a good weekend!…..Digital Lady Syd

This entry was posted on 04/01/2017 by sydspix. It was filed under Photoshop, Photoshop Filter and was tagged with Topaz Detail 3.